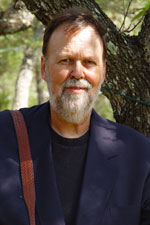 Alan has supplemented his recorded work with several instructional publications for the banjo, and, since 1986, Alan has taught Bluegrass and Country Music at South Plains College in Levelland, Texas, a program which has produced many professional musicians nationwide. In recent years, Alan has performed and recorded as a duo with his South Plains faculty colleague (and former Gazette-mate) Joe Carr. Alan's extensive body of recorded work, his instructional materials, and his work at South Plains (including the annual Camp Bluegrass) has solidified his status as one of the true 'gurus' of the 5-string. Alan currently serves on the Board of Directors of the International Bluegrass Music Association. He was profiled in the June 2005 issue of Bluegrass Now magazine.

Born in Norman, Oklahoma, Munde learned banjo from a well-regarded Oklahoman banjo player, Ed Shelton. He frequently played amateur gigs around the state where he first met Byron Berline at the University of Oklahoma. Shelton introduced Munde to three fine Dallas bluegrass players - Mitchell Land, Louis "Bosco" Land and Harless "Tootie" Williams - and the four of them joined to form "The Stone Mountain Boys" in 1965. Alan moved to Kentucky in January of 1969 after he had graduated from college to play with Wayne Stewart and Sam Bush in a group called Poor Richard's Almanac.

"Wayne Stewart had this idea for a group with this kid he knew in Kentucky named Sam Bush, who was probably 15. So I moved to Hopkinsville, Kentucky, and we formed Poor Richard's Almanac. Not long after, I got my draft notice, but before I left, Sam, Wayne and I made this tape, later released by Ridge Runner Records, called Poor Richard's Almanac, that was a lot of the instrumental things we were doing. I then went back to Oklahoma, was rejected by the Army, and worked in Norman that summer."

Munde joined the legendary bluegrass musician Jimmy Martin in 1969. He played with Martin as one of the Sunny Mountain Boys from October 1969 to October 1971, and in the meantime earned his living by working as a school teacher in Nashville.  In 1972, Munde became a member of the Flying Burrito Brothers, performing with Byron Berline. After a European tour, the Burritos split up and Munde joined Country Gazette, then consisting of Roger Bush on bass, Kenny Wertz on guitar, and on the fiddle, Byron Berline, who had formed Country Gazette earlier in the year. Country Gazette went on to record their first album "Traitor In Our Midst" in 1972. For the next twenty years Alan remained a central figure in the Country Gazette, playing with notable musicians such as Roland White, Clarence White, Joe Carr and Gene Wooten.  In 1977, Alan Munde and mandolinist Sam Bush recorded "Together Again for the First Time" with Roland White, Curtis Burch and John Cowan (both members of legendary New Grass Revival with Sam Bush).

1Description above from the Wikipedia article Alan Munde, licensed under CC-BY-SA full list of contributors. Community Pages are not affiliated with, or endorsed by, anyone associated with the topic. 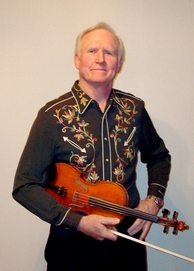 Byron Berline has been touted as "One of the most inventive fiddlers ever .."  His skill, verstality and artistry continue to be recognized by his peers, the press and audiences word-wide.  He has a witty, charming personality and his music is evidence of that.

Byron has extensive movie and commercial sound track credits as well, including work with Henry Mancini, Jerry Fielding, Johnny William and Lalo Schifrin.  Byron scored his first major motion picture in 1975, "Stay Hungry", for director Bob Raphelson.  He has appeared in "Star Trek", "Blake", "Back To The Future III" and "Basic Instinct".  He has been interview by major city newspaper and magazine throughout the world, and he has toured in the United States, Europe, China, Japan, Australia, Northern Africa and the South Pacific.  In his spare time, Bryon enjoys producing albums for his friends and himself.

Byron was inducted into Oklahoma's Musician's Hall of Fame, named Oklahoma's Ambassador of Goodwill, been the featured artist at the International Convention of the Violin Society of America, and conceived and planned the Oklahoma International Bluegrass Festival since its beginnings in 1997. 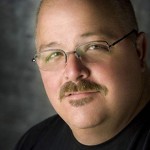 Multi-award winning guitarist in Bluegrass, as well as contest winnings in Country, Bluegrass, and other acoustic music genres, Jim is known throughout the Nashville TN area as one of the best in the business. His talents of singing, multi-intrumentalist abilities and well-rounded stylings have garnered him support positions and recording sessions with some of the best artists in Country and Bluegrass music. Trisha Yearwood, Sara Evans, Holly Dunn, Claire Lynch, Travis Tritt, John Cowan, Mark Schatz, Tim O'Brien and more.

Jim is more and more becoming known as an artist in his own right, recording and releasing his first CD "Open Window in 1998. Then teaming up with duet partner, award winning bassist Missy Raines, recorded and released two CDs. 2002 saw the release of Jim's second solo CD, "Second Son" to rave reviews and Bluegrass chart action.

Jim's most recent recording "A Box of Chocolates" - 2007 is the newest CD from the musical mind of Jim Hurst. Always looking for the new inspiration, Jim is currently working of his next recording.

As stated in David Baxter's review of Jim's latest album "A multiple-IBMA award winner and long time member of Claire Lynch’s touring band, Jim Hurst is one of the most versatile acoustic guitar players on the contemporary bluegrass circuit. Hurst augments his flatpicking with hints of Merle Travis, and Jerry Reed, bending and sliding until his notes take on an almost vocal quality.  As the title implies, A Box Of Chocolates is a sampler, the perfect showcase for Hurst’s versatility. There’s newgrass (“Chocolate Chaise Lounge”), gypsy swing (“Mando Bounce”), and swampy funk (“C5 A La Mode”). In addition to those solid originals, Hurst scats his way through “Nine Pound Hammer” and shows delicate restraint on the traditional “Mary Of The Wild Moor”. Hurst’s list of guests is long and impressive – Sam Bush, Mark Schatz, Scott Vestal, Michael Cleveland, Viktor Krauss – and that barely scratches the surface.  Still, the most powerful moments on this album simply involve Hurst alone with his guitar". David Baxter -  Issue #72 Nov-Dec 2007

Jim has a multi-faceted approach to music and performance. His singing, guitar work, songwriting and live performances can entertain with calm sincerity as well as high-energy and magician-like accomplishment.

You can view 3 separate videos of each artist at the Top Pages of this website.